In crypto news over the past year or so, NFTs have been one of the main forefront topics. NFTs have become very popular with mainstream commercial artists, musicians, brands, and crypto natives which has driven a new wave of blockchain adoption.

The NFT craze had pushed network transactions and trading volume to a record high of more than $17 billion in 2021.

This sparked new debates in the blockchain ecosystem and among mainstream media about topics such as blockchain’s energy consumption and its climate change implications.

Especially with inflated energy prices and companies valuing and investing in ESG businesses these days, the issue of blockchain and environment sustainability is a high priority.

So what is the real deal behind blockchain’s energy consumption and how does Cardano’s energy usage compare?

Let’s discuss the answers in this blog.

Launched in 2009, Bitcoin was the first widely recognized cryptocurrency and introduced the technical concept of “proof-of-work” or “PoW” as a blockchain consensus algorithm.

This is the way that Bitcoin’s blockchain or network verifies transactions, records data, and rewards miners for doing this “work” to maintain its blockchain.

Originally, Proof-of-Work (PoW) was created by Moni Naor and Cynthia Dwork in 1993 to stop denial-of-service, spam on a network, and similar types of attacks.

It was then taken by Bitcoin’s supposed inventor Satoshi Nakamoto and used as part of its consensus algorithm. The idea is that each participant has to solve a computationally intensive problem that would lead to a race between participants to solve them in return for Bitcoin rewards.

These participants or nodes (servers) can enter Bitcoin’s network without permission and make the competition to solve problems more difficult. As a result, the hardware and electricity requirements of the Bitcoin network continuously grow over time which is shown in the next chart below: 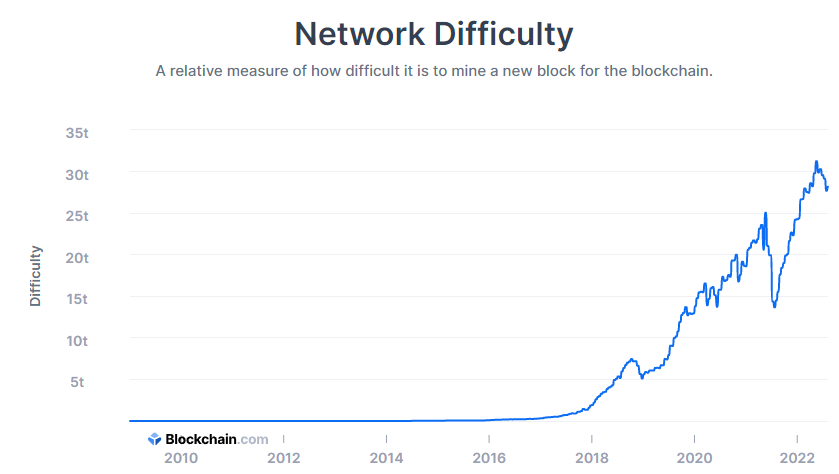 Bitcoin critics claim that its use of electricity is worsening the effects of climate change while its supporters claim that most of the power used by the network comes from renewable sources like hydroelectric and thermoelectric power plants.

Other large cryptocurrencies and blockchains also use PoW which further adds to energy consumption issues.

Data here shows that the annual cost of running the Bitcoin network alone is 188,222 GWh (Gigawatt hours), which is almost on par with the energy consumption of nation-states such as South Africa and Thailand.

Thus, some NFT artists, brands, and collectors worry that launching their NFT collections on PoW blockchains adds to the problem of increased carbon emissions and climate change.

How Cardano’s energy usage is eco-friendly and sustainable

The Cardano blockchain does not use energy-intensive PoW.

Instead, it uses a much more energy-efficient consensus algorithm type called “Proof-of-Stake” or “PoS”.

Cardano’s PoS called Ouroboros relies on parties locking or staking their ADA cryptocurrency in the network to increase network security instead of an energy-intensive process of computationally solving problems. Those who stake ADA and are selected to verify transactions can then collect rewards in the process.

There are many benefits to Cardano’s blockchain design, but here we will concentrate on its energy use.

Cardano’s blockchain only needs 0.5479 Kilowatts per hour to run in its entirety.

Almost 3,000 staking pools in Cardano’s blockchain network validate transactions from a global protocol with the same energy requirements as only a large house.

NFT creators, artists, brands, and developers can use the Cardano blockchain with the assurance that they are not contributing to climate change. On top of that, they can have more security when creating NFTs, and many other advantages.

Cardano manages to deliver a global blockchain infrastructure with minimum cost for users or the environment.

Read more: Why Cardano’s blockchain is ideal for the environment and energy efficiency

EMURGO is a founding entity of the Cardano blockchain, one of the largest proof-of-stake and environmentally-friendly blockchain platforms by market cap.

Join EMURGO on Discord to engage with the Cardano community and discuss Cardano NFTs using the link below.