EMURGO Academy: What is a Blockchain Layer-2? Pick the right EMURGO Academy blockchain learning course for you!

Gaining blockchain developer experience will help you to transition to a career in blockchain.

MORE: How a former EMURGO Academy student got a full-time blockchain job
Table of Contents

In the blockchain world, a common issue is the lack of scalability which leads to slower transaction times and reduced overall performance.

A popular solution to this problem is a so-called “Layer-2 solution.”

These Layer-2 solutions have become the go-to solution in the blockchain industry, and many different blockchains are developing them to scale their own infrastructure.

Layer-2s serve as critical components in many blockchains and open the path to specialization and experimentation by developers.

But what exactly is a Layer-2 solution? And what are the different types of Layer-2s in the world of blockchain?

EMURGO Academy will address those questions in this blog.

What is a blockchain Layer-2? 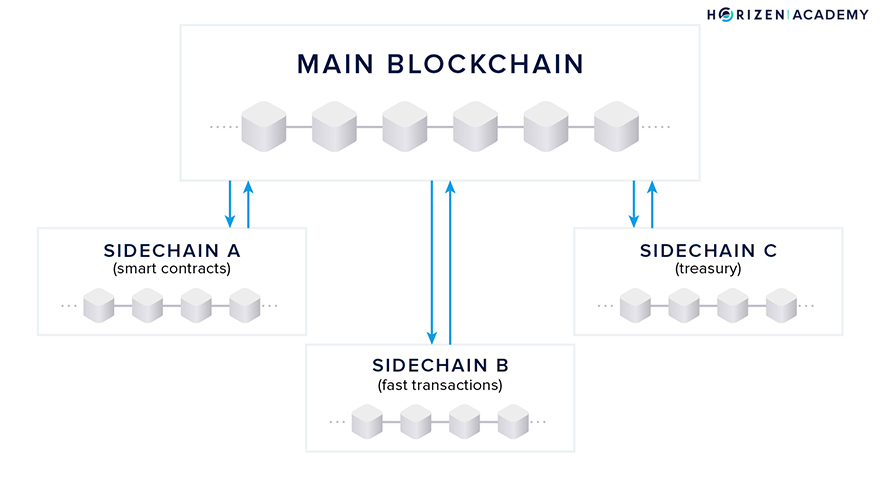 A Layer-2 refers to a secondary piece of software infrastructure or protocol that is built on top of an existing blockchain network or “Layer-1 blockchain.”

The main goal is to divert some of the information processing requirements to a secondary layer.

By separating the requirements of the protocol, more data can be processed, and a network can scale horizontally.

This is a crucial characteristic as Layer-2 solutions allow a blockchain to scale for specific needs at a reasonable cost and effort, rather than upgrading the core protocol which could induce uncontrollable resource costs.

By channeling certain transactions or dApps to the secondary layer, processing capability can be increased without a linear increase in the running costs.

Attempts to upgrade the protocol in a native way may cause an exponential increase in required resources.

When infrastructure is built on top of an existing blockchain to process some of the information away from the main layer, in essence this creates a “Layer-2.”

Older blockchains are slow and inefficient

A Layer-2 is needed for example in previous generation blockchains that are slower to process transactions and require exorbitant fees.

These blockchains are not able to process thousands of transactions per second (TPS).

This is a major obstacle for user adoption because user transactions will fail due to congestion or require extremely high transaction fees.

This need for higher throughput or network performance has driven the development of Layer-2s.

The term “Layer-2” is an umbrella word that encompasses most solutions being proposed to solve the blockchain scalability problem.

How do Layer-2s improve blockchain scalability?

There are many ways to direct the processing flow to a Layer-2 to improve scalability.

In some cases this could be done on the basis of a specific use case, such as a Layer-2 solution for DeFi, another one for NFTs, another for decentralized identity, etc.

A Layer-2 can also be its own ecosystem that has a separate set of dApps and smart contracts that run parallel to the main chain or its Layer-1 blockchain.

It all depends on the basic design principles of the Layer-2.

Many of them interact with the main underlying blockchain network in different ways and sometimes are completely parallel to it.

Arguably the first example of a working Layer-2, is state channels.

They have been around since almost the beginning of the blockchain industry.

They are a way to create a two directional point of connection between two nodes on a decentralized network.

The nodes are able to communicate with each other directly, and in this way, sidestep the limitations of the main ledger.

For a state channel to be opened, the parties involved have to lock their funds ahead of the start of the channel. That way the system prevents double spending of assets.

Once assets are locked, they are then able to freely move between the participants without having to wait for block confirmations, or generate any transaction fees.

Once the entire operation is completed, the channel is closed, and only the final balance is recorded on the main blockchain.

This means people can exchange their assets almost instantly without waiting for the main network to process the transactions.

This technology is the basis for Cardano’s Layer-2 scaling solution Hydra.

The concept of “Hydra Heads” is an evolution of the state channel idea and provide a provably secure dedicated private ledger to a group of multiple users to settle their multiple operations off the main blockchain.

Another type of Layer-2 solution is the side chain.

A side chain is a parallel blockchain that is connected to the main blockchain using a two-way peg.

The idea is that side chains attract specialized use cases that can be run in tandem with the main network.

The side chain remains independent from the main network and can also have its own ecosystem.

This attracts its own user base while still being connected with the main blockchain through the two-way peg.

The connection is made with a bridge.

First, a user on the main chain sends coins, tokens, or other crypto assets to an output address where they are locked and taken out of circulation.

After the transaction is completed on the main chain, a confirmation is relayed to the controllers of the bridge.

This is followed by a waiting period for added security.

Afterward, tokens are minted on the other side of the bridge.

These new tokens on the side chain, represent the same value as the locked assets.

In this way, the user is able to use their assets on the other chain.

In reality, nothing actually moves from one side of the bridge to the other.

Rather, the new crypto assets are minted in the side chain.

Sharding is a term that comes from computer science.

It refers to a database partitioning technique that tries to scale throughput in a horizontal direction, without adding more resources to the system.

Sharding attempts to improve the network’s processing power through splitting a blockchain network into separate portions, where each portion or shard has its own separate data.

The shard is a portion of the ledger that has been separated from the main network.

Sharding is accomplished by the horizontal partitioning of a ledger through a division into rows.

The shards can be specialized for example as one shard can store the state of smart contract computations, and the others can store token balances.

In this way, the shard only processes a subclass of information, and the network can run other processes in parallel.

The assets moving from one shard to another need some external coordination.

This means another system is required to record the asset on one shard in order to move it to the other, much like a bridge on a side chain.

The main difference is that shards belong to a single blockchain network, side chains are their own blockchain connected via the bridge.

Transition to a career in Web3 and blockchain