8 Things You Can Do with Yoroi Wallet Download Yoroi Wallet for mobile and desktop
Table of Contents

Developed by EMURGO, one of the founding entities of Cardano, Yoroi Wallet launched in August 2018 as the first Cardano blockchain light wallet for ADA cryptocurrency users.

As a light wallet, Yoroi enables ADA holders to quickly store, send, receive, and stake ADA without having to download an entire copy of the Cardano blockchain. ADA users can also use Yoroi Wallet to register to vote for Project Catalyst – a decentralized funding and governance platform driven by ADA holders on Cardano.

Yoroi is also open-source so it’s being maintained in a transparent way for the Cardano community.

Yoroi currently has versions available for both mobile (Android/iOS) and desktop (Chrome/Firefox/Edge) and is also compatible with hardware wallets Ledger and Trezor.

In this blog, we will list 8 things you can do with Yoroi Wallet.

Even with all these features, there will be even more to come in the pipeline.

Do more with Yoroi Wallet by using these features

1. You can connect Yoroi to a Ledger or Trezor hardware crypto wallet

Yoroi connects to both Ledger and Trezor crypto hardware wallets on the Cardano blockchain.

Connecting Yoroi to a hardware wallet adds an extra layer of security and peace of mind.

Your Cardano ADA is securely stored in the hardware wallet, while Yoroi is used as the gateway to interact with dApps, and transactions using ADA.

2. You can stake your Cardano ADA for rewards

Cardano is one of the largest proof-of-stake blockchains by market capitalization and an eco-friendly open-source blockchain.

As a proof-of-stake blockchain, staking your ADA cryptocurrency is the cornerstone of the security in the Cardano blockchain, and users are rewarded with ADA as an incentive.

Staking on Cardano is liquid by default meaning that users always have complete control to stake and un-stake their ADA as long as they are using a self-custodial or non-custodial wallet such as Yoroi.

This is a key differentiating feature from other proof-of-stake (POS) blockchains that require users to lock their cryptocurrencies or tokens without the ability to freely withdraw them at any given time.

Currently, there are more than 3.9 million active ADA wallet addresses and more than 3,200 Cardano SPOs with nearly 73% of all ADA in circulation being staked to secure the Cardano blockchain.

Since the beginning, Yoroi was designed to allow ADA users to directly stake from the wallet interface. The Cardano blockchain and Yoroi Wallet are unique in that they offer liquid, self-custodial staking whereby users can stake and un-stake ADA at their discretion.

Additionally, from the Dashboard, you can also tap the eye icon next to the balance, to make it visible or hidden.

3. You can send ADA and Cardano native tokens

From Yoroi, transferring crypto is fast. Yoroi users can send ADA and any native token of the Cardano network to another wallet.

Additionally, all of the tokens in that wallet can be sent to a different address in a single transaction by selecting  “All ADA + Tokens” from the Amount Options box.

Read more: What is a Cardano native token?

4. You can receive ADA and Cardano native tokens

From Yoroi, a user can also receive ADA or any Cardano native token from anywhere in the world with just a few taps.

Yoroi automatically creates many addresses using the verification key and the staking key.

The amount of addresses created is virtually infinite, increasing the anonymity of a user’s wallet.

From the menu on the left, a user can check which addresses have never been used.

Read more: What is a UTXO?

5. You can review Cardano transactions

In the Transactions tab, users can review all of their transactions including ADA, native tokens, and NFTs.

The transaction history list is ordered chronologically, and the information there can be used to double-check with any blockchain explorer supporting Cardano.

Read more: How to track a Cardano transaction using a Cardano blockchain explorer

6. You can track Cardano assets

These assets are listed on the Assets tab.

A user can easily see the balance, transaction history, and metadata of each asset.

From the Yoroi interface, users can create transactions to move these native tokens individually to other addresses on Cardano.

Read more: What is blockchain metadata?

7. You can register to vote for Cardano’s Project Catalyst, a decentralized innovation fund 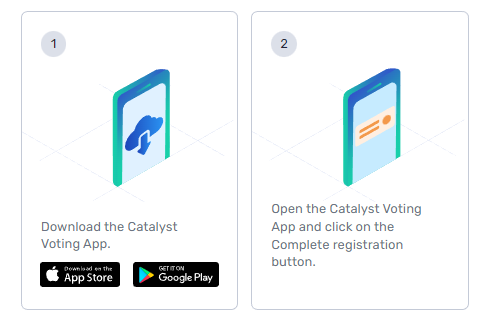 Another amazing feature of Yoroi is the ability to participate in Cardano’s Project Catalyst, a decentralized innovation fund for projects building on Cardano.

Project Catalyst has funded more than 1,000 projects on Cardano to date.

Using Yoroi, a user can register to vote during each fund round with a few simple clicks.

The wallet will track your ADA balance and transform it into voting power.

Additionally, from the Reward tab in the “Receive” menu, a user can find their staking key.

This can be used to track any rewards given for voting on Project Catalyst.

8. You can use Yoroi’s dApp connector to connect with Cardano dApps 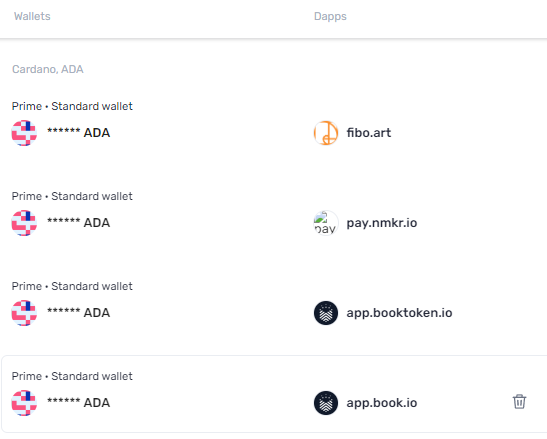 The Yoroi dApp connector is the bridge between smart contracts and users on Cardano.

You can use Yoroi’s dApp connector feature to track and manage Cardano dApps that are connected to your Yoroi Wallet address.

By pressing the trashcan icon, users can sever any connection between the wallet and a Cardano dApp.

Download Yoroi Wallet to participate in the growing Cardano ecosystem

Yoroi is an open-source wallet for Cardano ADA holders, built to be your gateway to Cardano’s Web3 ecosystem of dApps including DeFi and NFTs.

As a self-custodial wallet, the user is in complete control over their Cardano ADA at all times.

If you need further assistance, contact Yoroi’s customer help desk here and a customer support specialist shall respond within 24 hours.