Self-sovereign identity or “SSI” is one of the most promising concepts in recent decades. This concept is built upon blockchain technology and is part of the larger Web3 movement.

SSI has opened up a whole host of possibilities previously thought impossible and aims to be a new digital model for self-managing personal identity and data.

Currently, most personal data is handled by third-party centralized entities and organizations which has made personal data vulnerable to security breaches and hacks.

The potential benefits of SSI are endless and the result would be a more free population able to have full control over their personal identity and data.

The technical challenges are numerous and the process will take time, but soon SSIs will be everywhere.

So, let’s discuss what SSI is and how it uses blockchain technology.

The most common types of personal identity

The concept of identity is a creation of modern nation-states.

With the advent of government bureaucracy, people in a nation needed some sort of state or government-issued credential that could legally identify and give access to services.

From the bureaucratic model of early modernity, identity has now been ported to the era of the internet.

The result is that it has become a major flaw due to its increasingly centralized, digital nature, and a major honeypot vulnerable to attack by criminal organizations and bad actors.

Nation states tend to follow this model, as citizens need to get a national ID, a tax ID, a passport, a driver’s license, and many other types of identities.

Each citizen has a new identity credential for every new institution and all collect redundant information. The problem is that creates an overhead when processing information, and each of these IDs is in some centralized database that can be breached.

The idea was that they could centralize all user logins necessary and be the gateway to the internet.

Their efforts have been largely unsuccessful as many still create separate accounts. Especially since if a master account is closed, then all associated services are shut down.

The digital identities of today are derived from either of these models but display all of their weaknesses.

It was only the creation of the Distributed Ledger or blockchain technology that allowed for the conception of a new type of self-sovereign identity.

What is self-sovereign identity (SSI)?

SSI is a new way of thinking that aims to give control of personal identity to the person itself.

People are able to control how their identifier gives access to all the different institutions, services, and businesses they need to interact with.

For example, many of us at some point have presented a physical ID card to access a place that cannot accept minors. The security staff only needs to know that we are of adult age – a simple yes-or-no question. Yet by showing our ID card, we are surrendering our privacy by exposing our residential address, full name, age, date of birth, and many other personal details that the other party should not need to know.

An SSI ID would only grant access to the minimum amount of information necessary, in a format that protects the individual. Using the example above, the security staff would only be able to check that the person is above the legal age.

How much above the legal age? The other party doesn’t need to know and wouldn’t be able to know.

The main current obstacle to realizing an SSI system is standardization.

Identity is a very complex concept with many variables that need to be considered. The most crucial part is that the format of the collected information has to be recognized by all the systems it interacts with.

But the one major problem that existed for SSIs was the method of delivery. If the SSI ID is in the hands of an institution or private company, then we are back at the old model where there is a centralized actor in control.

A new system had to be created that did not require centralization to work.

How does blockchain solve the problems of personal identity? 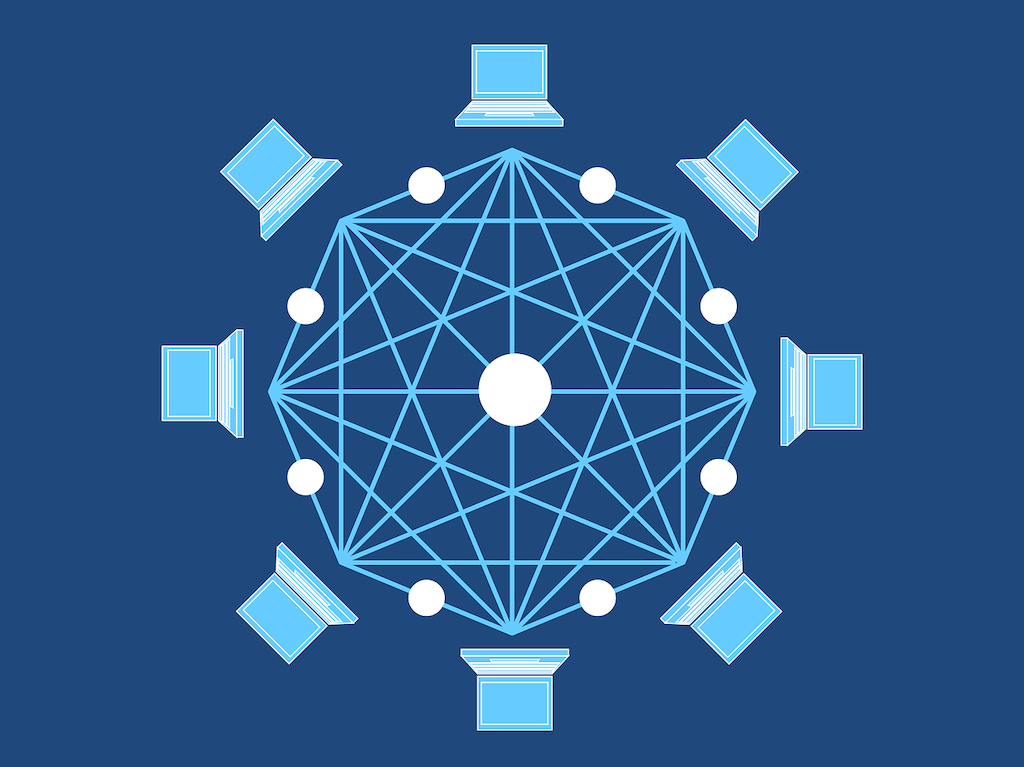 A blockchain is an online distributed ledger or shared database, meaning it is a mechanism to record information in a peer-to-peer model using software.

One of its many uses is as a way to record economic activity such as credits and debits. But another use case is to record information and have that information be verified by the network without any central authority.

The peer-to-peer nature of a blockchain makes it the perfect delivery method for SSI.

The blockchain can self-verify all the information recorded in it, allowing individuals to have access to a network that can securely hold their identity, and validate it at the same time.

A public or permissionless blockchain has all of its information public, which is not ideal for identity. Here is where cryptographic functions play a role, by recording references in the distributed ledger that are used for verification. The personal information of the individual is never recorded in the ledger, so it remains secure.

As a third-generation blockchain built to deliver accessible services by providing an open platform for a variety of decentralized applications, Cardano has a particular emphasis on this technology. The Cardano blockchain is also being used in a pilot by the Ethiopian Ministry of Education to track student performance and is considered to be one of the largest eco-friendly blockchains in the industry.

SSIs are one of the most promising technologies of Web3. They will deliver a meaningful increase in freedom and quality of life to all those who adopt it, putting control back into the hands of users.

TOKEN2049 is Asia’s largest Web3 and blockchain conference, to be held in Singapore on September 28-29, 2022. As a founding entity of Cardano, EMURGO alongside Cardano Foundation, will be hosting a booth and a pool party for the Cardano community during the week.

Find us at the Cardano booth P44.

Come meet EMURGO at our booth or at the community event to discuss how EMURGO can help you enter Web3 for your project or business.

For those unable to attend in person, please contact us at ventures@emurgo.io for investment-related questions and marketing@emurgo.io for more general questions.